In addition to my video art and photographic work which can be seen on other pages on this site, I have also produced 3D work and installations. This page presents some of the work I have produced that  incorporates video into 3D installations.

To many consumers, the television is one of their most important consumer items. Its status in our homes often places it centre stage with all other furniture positioned in honour of it.  Each year new models appear offering greater size or higher resolution diminishing the perceived value of the old model. The days of the TV repairman are long-gone, the large size of these screens makes them vulnerable to accidental damage. Sadly, replacement is easier than repair.

The installations on this page incorporate consumer damaged TV sets, flawed symbols of our throwaway society which present the viewer with a degraded and pixelated images of the endless flow of goods and consumption of finite resources. 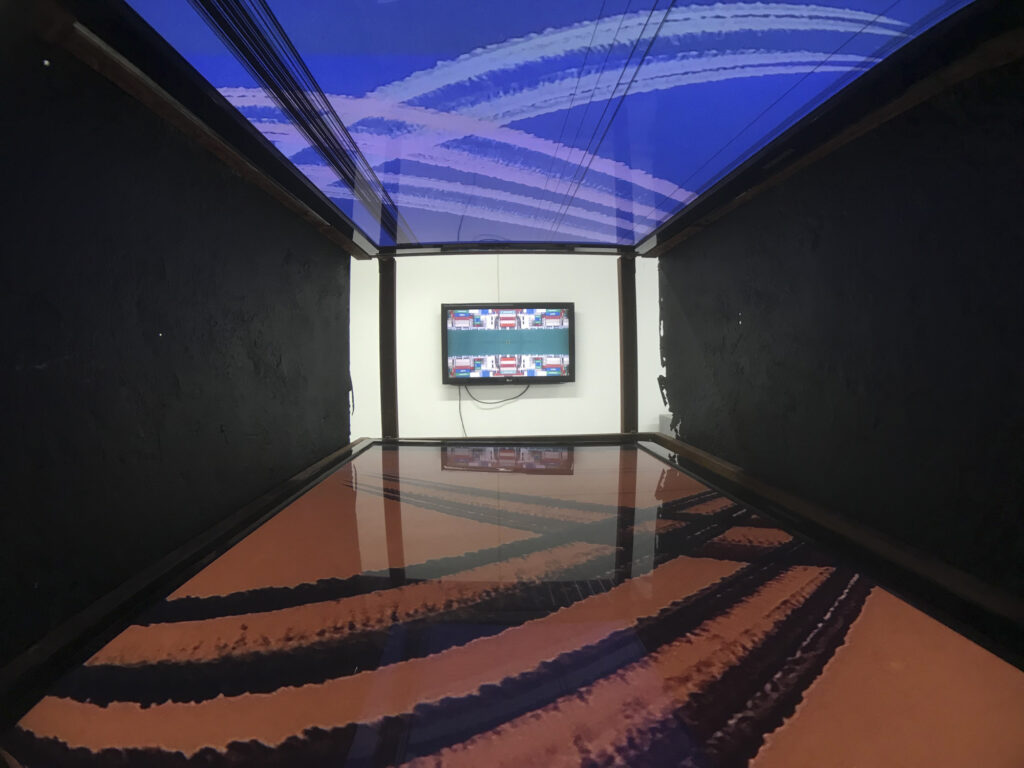 In Swarm, the two plasma screens, face each other at approximately 30cm apart, making it impossible to see the image properly forcing the viewer to view from the side or even place their head between the two displays. 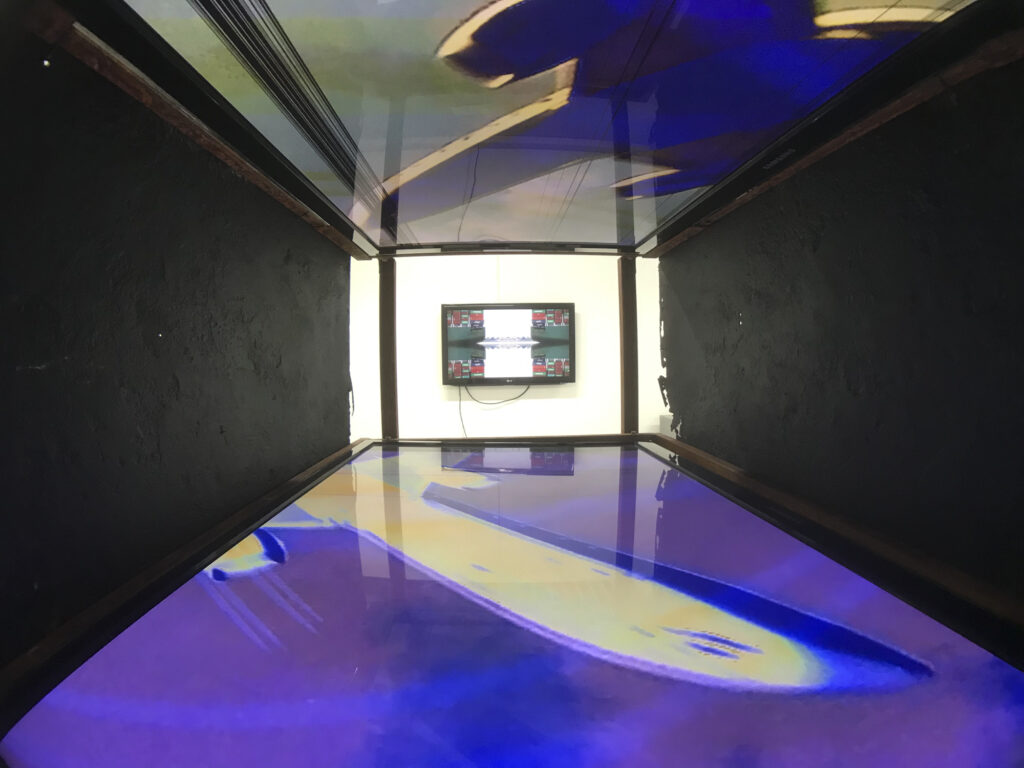 In the video below, two damaged screens play videos showing the movement of goods on ships in a continuous loop.

The ‘video wall’ below employs 4 damaged TV sets arranged in a grid playing a single video staggered across the array. The installation style mimics the multiscreen ‘media wall’ often seen in commercial spaces to sell products, services or opinions. Large banks of screens are also used by share traders whose decisions can impact on people and ecosystems across the globe.

The video below is of a two screen projection which was produced as part of my MA. The video was split using the projection mapping application Madmapper and projected on to two screens at 120 degrees to each other.

Steel is often used in my work to support screens or present work. In the sculpture below (Untitled), I wanted to use the material to create a large (4M high) unstable shape. Sea water was used to rust the steel. 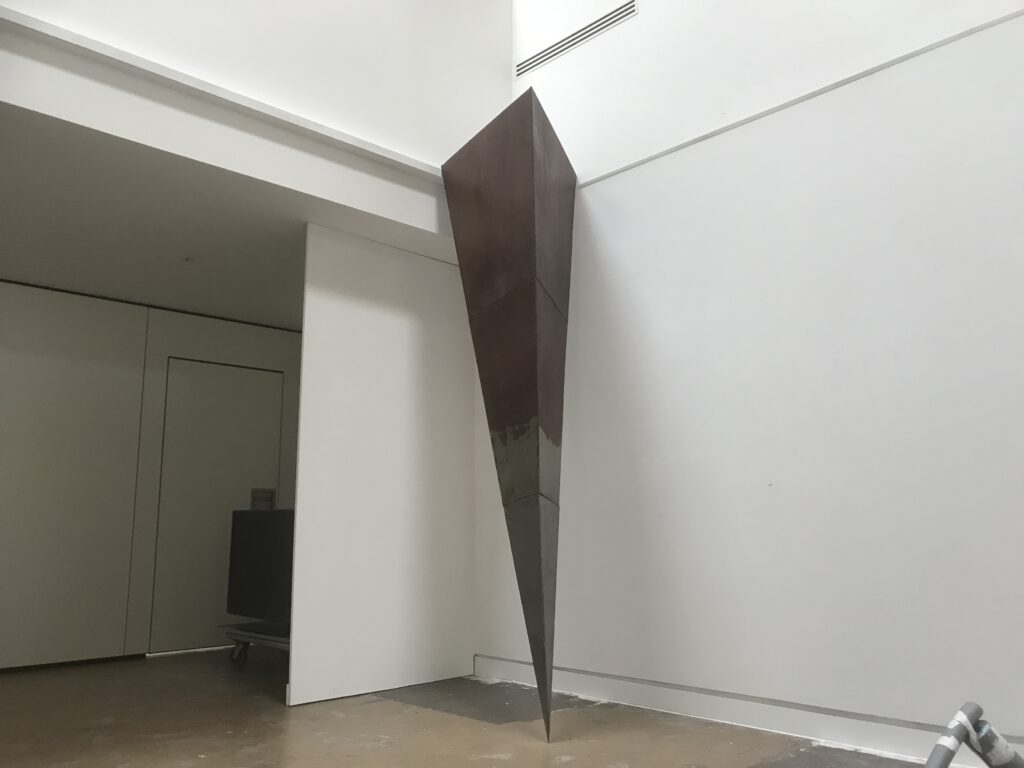 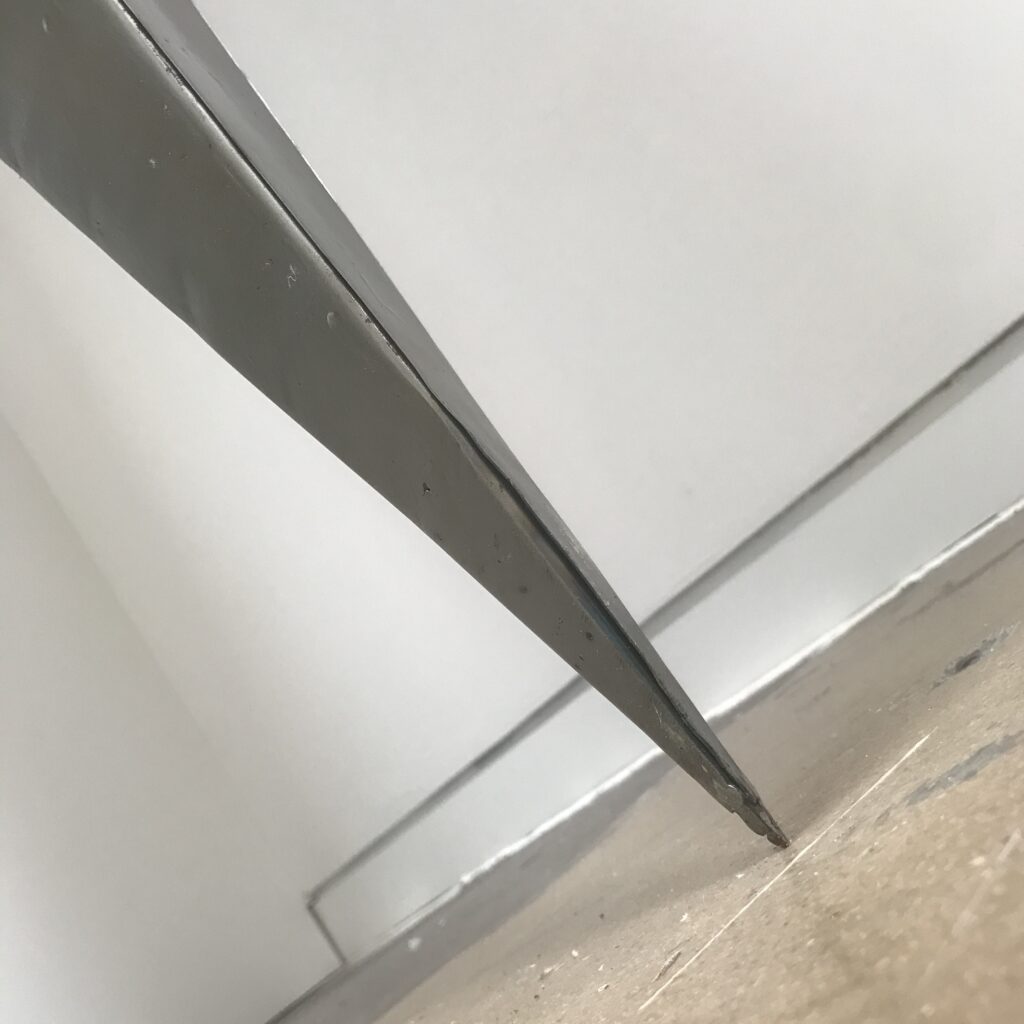 Untitled. Close up of tip of spike on floor, Locksbrook Gallery, Bath