This is a recent short film combining video and stop-motion (stop frame) animation used for a show reel. I borrowed my daughter Grace’s Sylvanian Families characters as my main talent. She also has a little car styled on the classic British Morris Minor from the 1950s which I thought would also work well in the film. When I picked up the car I noticed it had one squeaky wheel, this gave me the idea for the film. The kitchen in my house was being installed at the time so there was a lot of tools and materials lying around which provided a great location for the story.

Ambient sounds used for this include; the squeaky wheel itself, the engine starting and horn of a 1968 Citroen van, some power tools and hammers, the oil can, a screw on a metal saw, dripping water.

The film combines video, stop frame animation and ambient sound recording. I used a skateboard for the shot of the characters driving towards the camera.

Stop motion animation, when combined with a detailed knowledge of Photoshop can really bring an inanimate character to life. In the video the characters blink at the camera. Since seeing this film Grace hasn’t been able to turn her back on her Sylvanians just in case they spring into life. 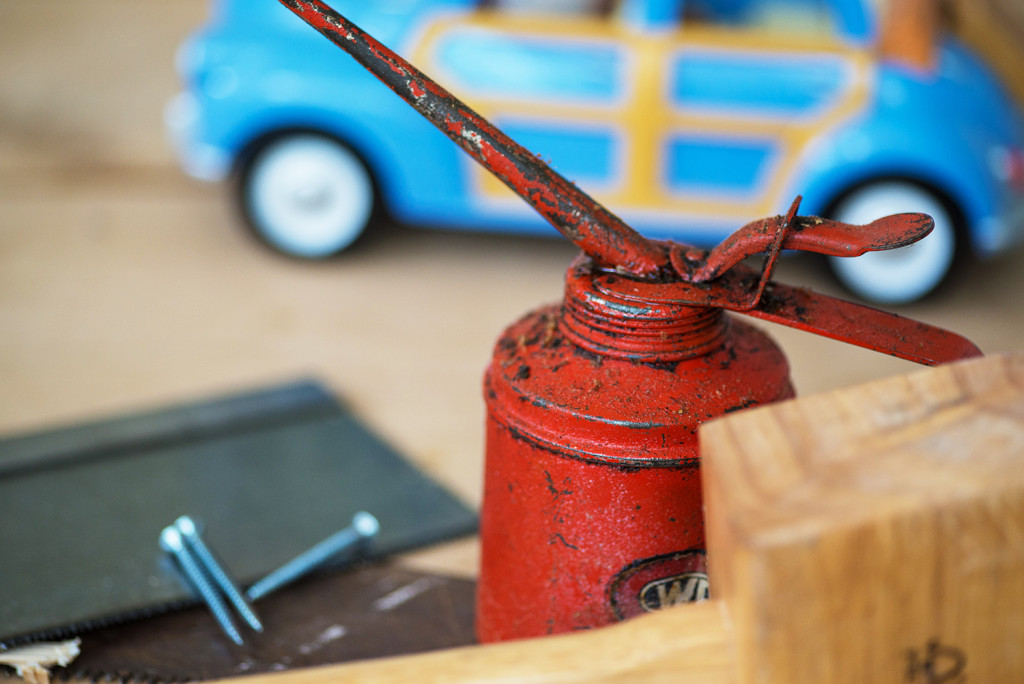 Our services include planning, filming, sound recording and editing. As an alternative to animation or standard video I also offer photo-films, you can see examples here.

Please get in touch if you would like to know more.