About 12 months ago I was invited to work on a photography project with a difference. Jeremy Warren and Phil Kirk are two highly experienced sailors who fancied a challenge. They thought they would attempt to sail around the UK in a Wayfarer dinghy (a very small but highly stable open boat). The boat is named after the Welsh princess Hafren which is also the Welsh name for the River Severn where the boat is based. I was invited to take pictures of the preparation leading up to the launch itself. 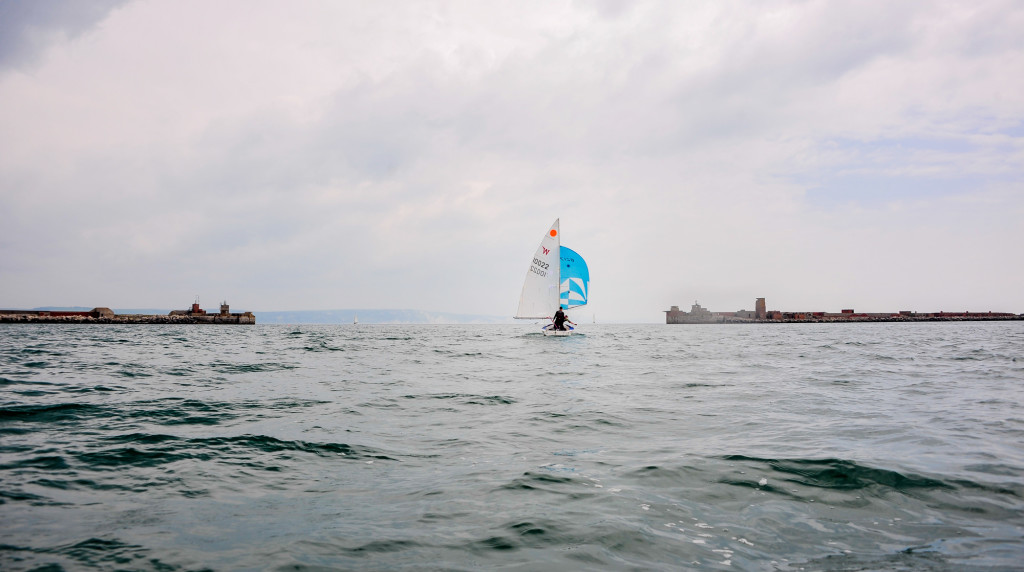 Hafren embarking from Weymouth at start of round Britain challenge 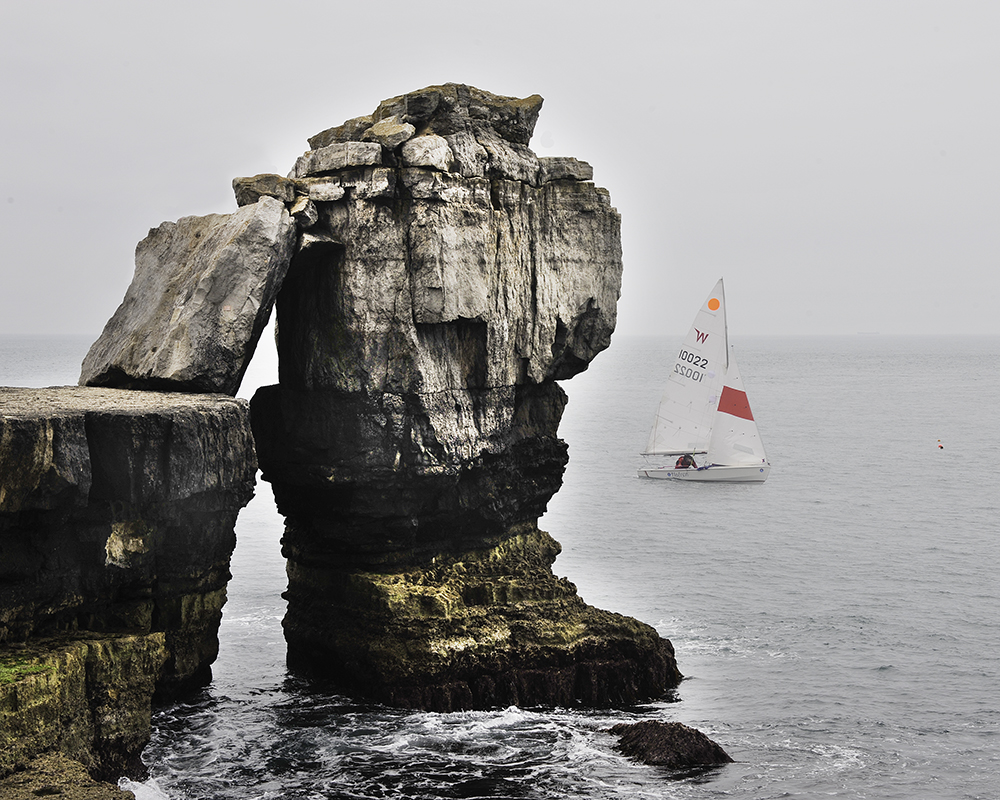 Jeremy and Phil sailed the boat day and night, sleeping in shifts on the open deck. For added ‘comfort’ they slept on two thin camping mats , their galley was a small camping stove supported on a home made gimble to prevent spillages. This little boat has had some major upgrades to make this endeavour possible including extra storage for food and water and the removal of an internal bulkhead to provide a sleeping space. 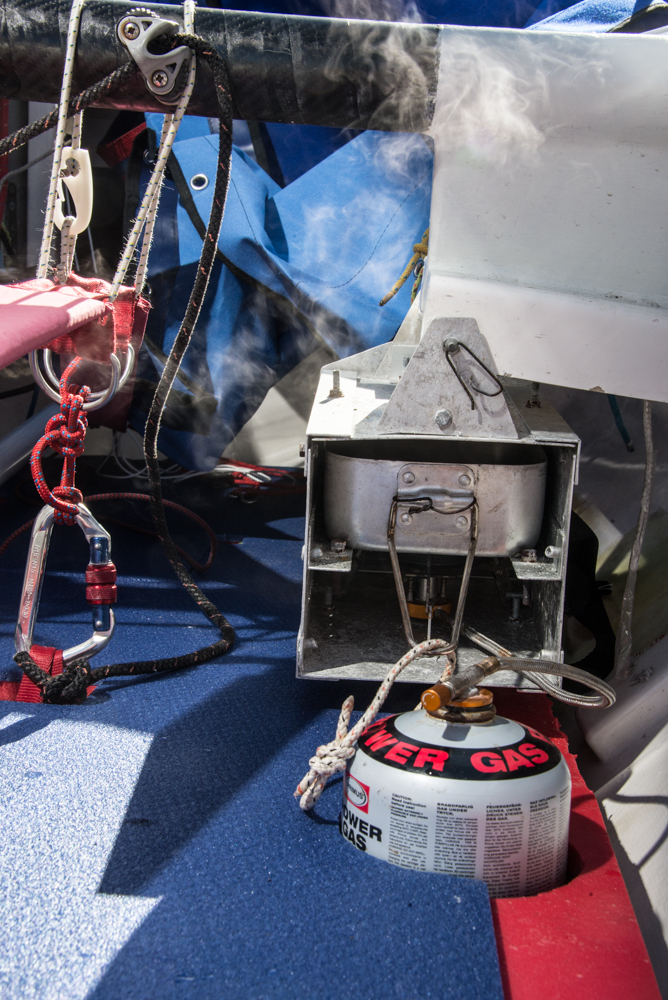 The previous record for sailing around the UK in a small dinghy was 72 days, Jeremy and Phil hoped to beat this though they knew it was going to be extremely hard. 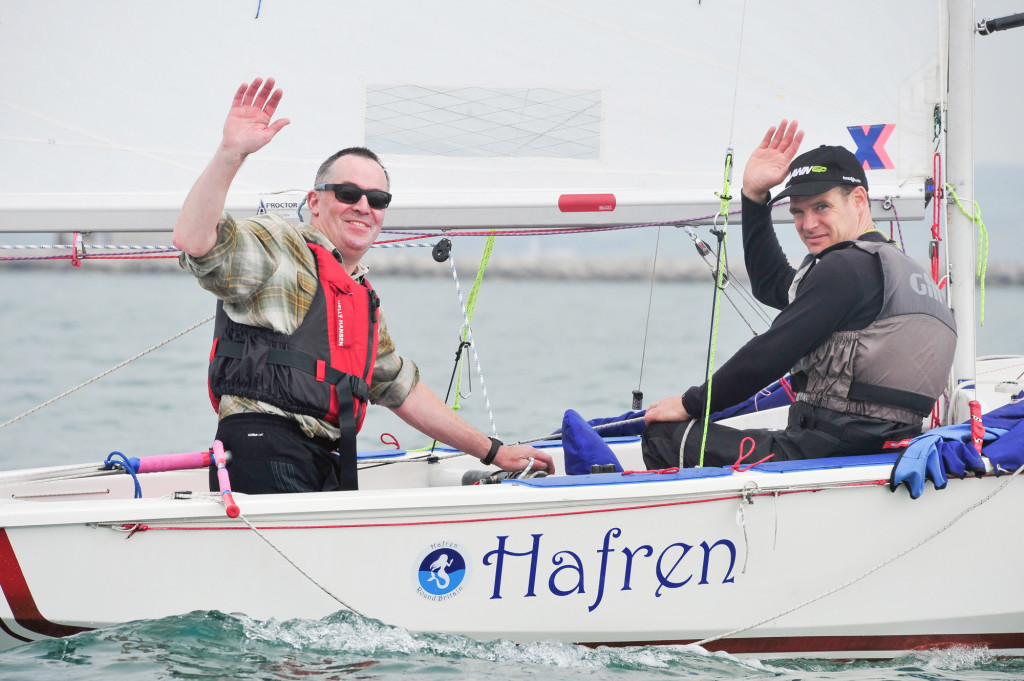 Jeremy (left) and Phil (right) as they start their epic journey

They carried a Yellowbrick transmitter which regularly transmitted there location and uploaded it to their website so armchair sailers could follow their progress around the UK. They also posted regularly to Twitter and Facebook when they were in sight of land. They are raising funds for the RNLI and the Pappa Fund. 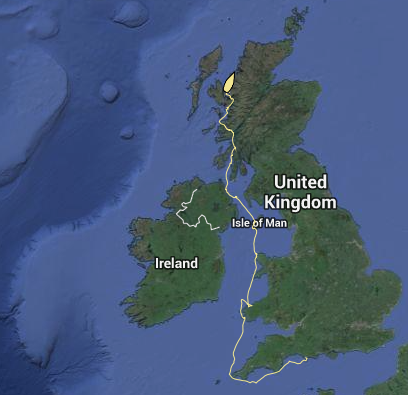 Thanks to a combination of good weather, excellent sailing skills and night sailing they beat the previous record by 42 days coming in in 32 days and 2 hours.
The images have been used widely by both online and in print for local and national papers and magazines including the RYA magazine and Yaughting World. 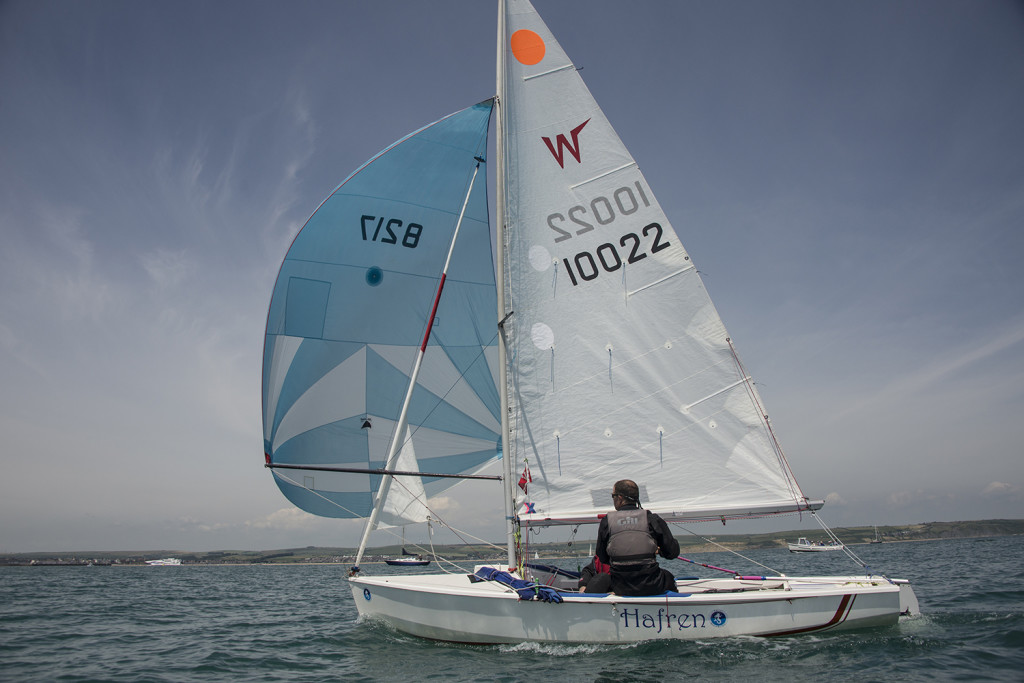 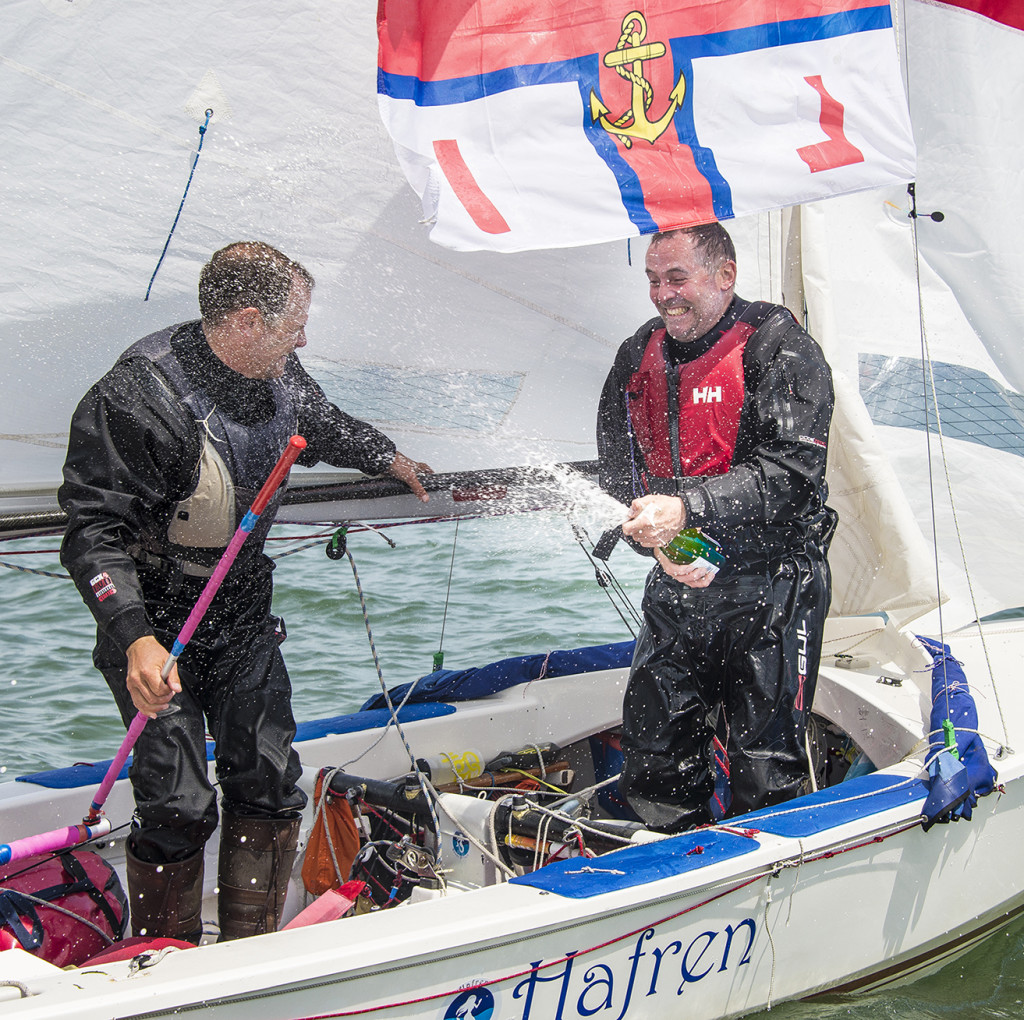 Hafren Round Britain Celebrations at the finishing line

One Response to “PR photography for Hafren Round Britain sailing challenge”